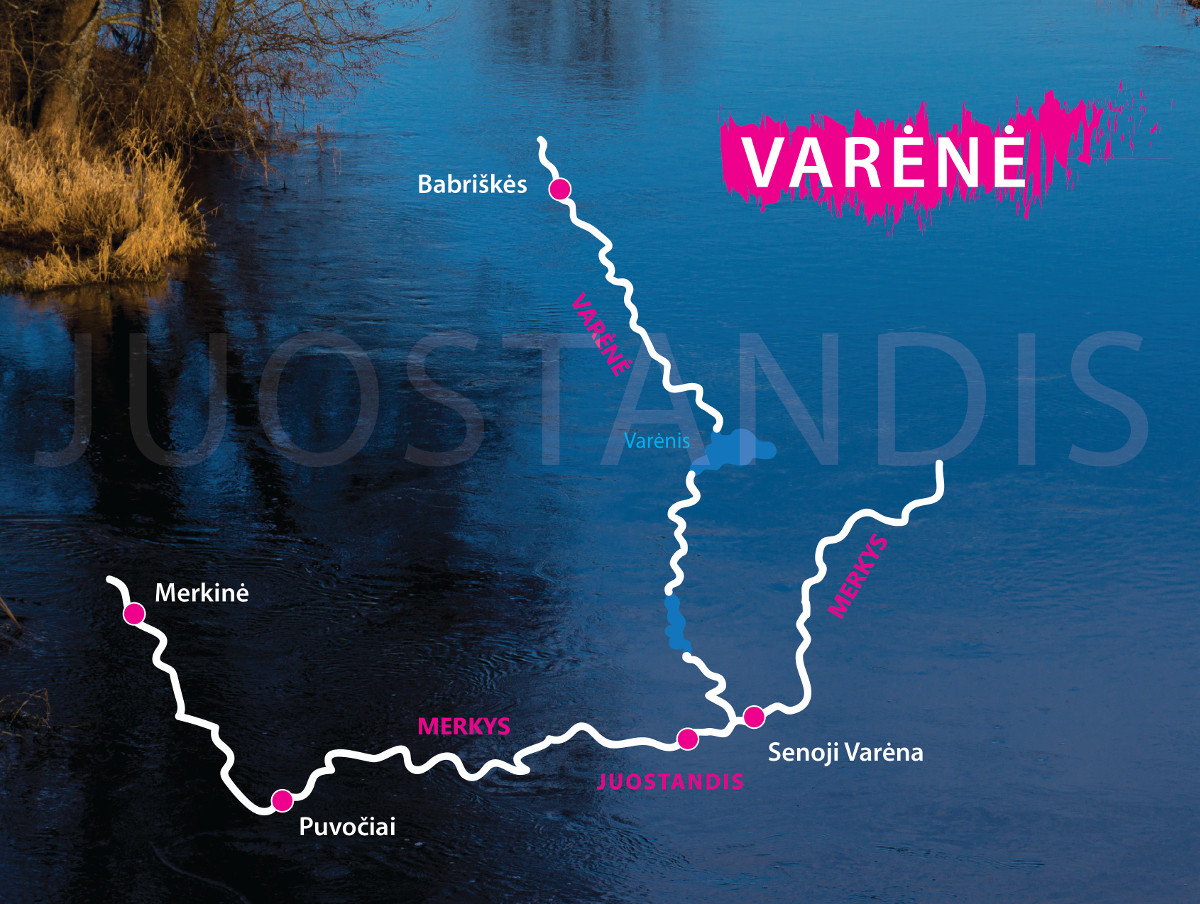 1. It is a river of different landscapes for those who want to find harmony between thesimplicity and complexity. It's like a jungle maze in the jungle.

3. The halfway through the magnificent lake Varėnis invites you to stopfor lunch and bathing.

4. After lake Varėnis the river becomes shallower and more difficult until the old Varėna dam obstacles increase. After moving through the dam, Varėnė still slightly and fun runs through Old Varėna village and joins Merkys river.

Thank you! You have successfully subscribed to our newsletter.